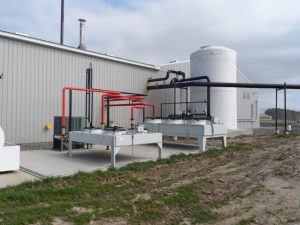 Willet Dairy is a farm in Kings Ferry, New York that was founded in 1974 and has been operating for over 44 years. It produces dairy products, particularly milk for American markets. The farm uses strictly cow manure to produce energy using a digester. The biogas produced at Willet powers a MEG HGM560 CHP, with uptime and production for the last 5 years of over 90%. The plant was sized for 400 SCFM. Due to their production rates, Willet needed a solution in which they could reduce their energy costs, maintain efficient production while preventing corrosion caused by emission of H2S. Without the removal of H2S, production efficiency is reduced and repair costs are greatly increased. 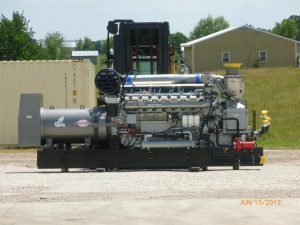 Willet Dairy has very high concentrations of H2S in the biogas emitted from their digester (3000-4000ppm) with an average level of 900ppm. Their primary objective was to meet warranty needs of newly purchased bio engines, while their secondary objective was to lower the cost of operations while extending equipment life and reducing the amounts of H2S that was emitted into the environment. Martin Energy proposed installing an Energy Cube Bio-Scrubber. The solution would be to install the scrubber directly after the digester to scrub all bio gas being produced.

Martin Energy installed the bio scrubber and successfully cleared the bio gas. For the last 5 years, the scrubber has been processing an average of 325 SCFM of bio gas, taking H2S levels from 4000ppm down to as low as 50ppm with an average of 150ppm. At these low levels of h2s, engine performance and oil life have been greatly extended along with warranty standards being met. Plant operations have also seen success due to the scrubber. The on-site boiler, gas handling equipment and has piping require less maintenance and operation life has been extended. The grounds surrounding the site as well as the building itself have been much cleaner with no corrosion seen on the building compared to neighboring sites without scrubbers. 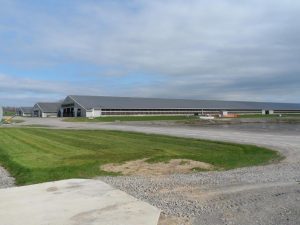 What is Bio Scrubber Technology?

BioSrub (biological scrubber) represents a breakthrough in biogas energy recovery because it captures the H2S from the gas stream without adding any off-site products. This not only reduces on-going operating costs, but also avoids adding an additional waste stream. No consumable media is added. The H2S is simply transferred from the biogas back to its source. BioScrub uses oxygenated effluent as the reactor medium. As the biogas passes through the Biological Scrubber reactor, the H2S is absorbed into the activated effluent and is in turn, converted to elemental sulfur. The sulfur-laden effluent then returns to the lagoon. BioScrub lowers the H2S content in the gas stream to within engine manufacturer’s warranty requirements. It reduces maintenance costs by extending the intervals between oil changes and engine overhauls; and it adds years to the life of your engine. 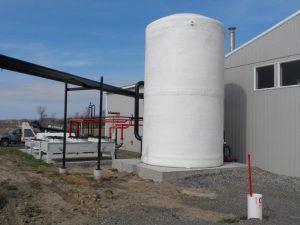